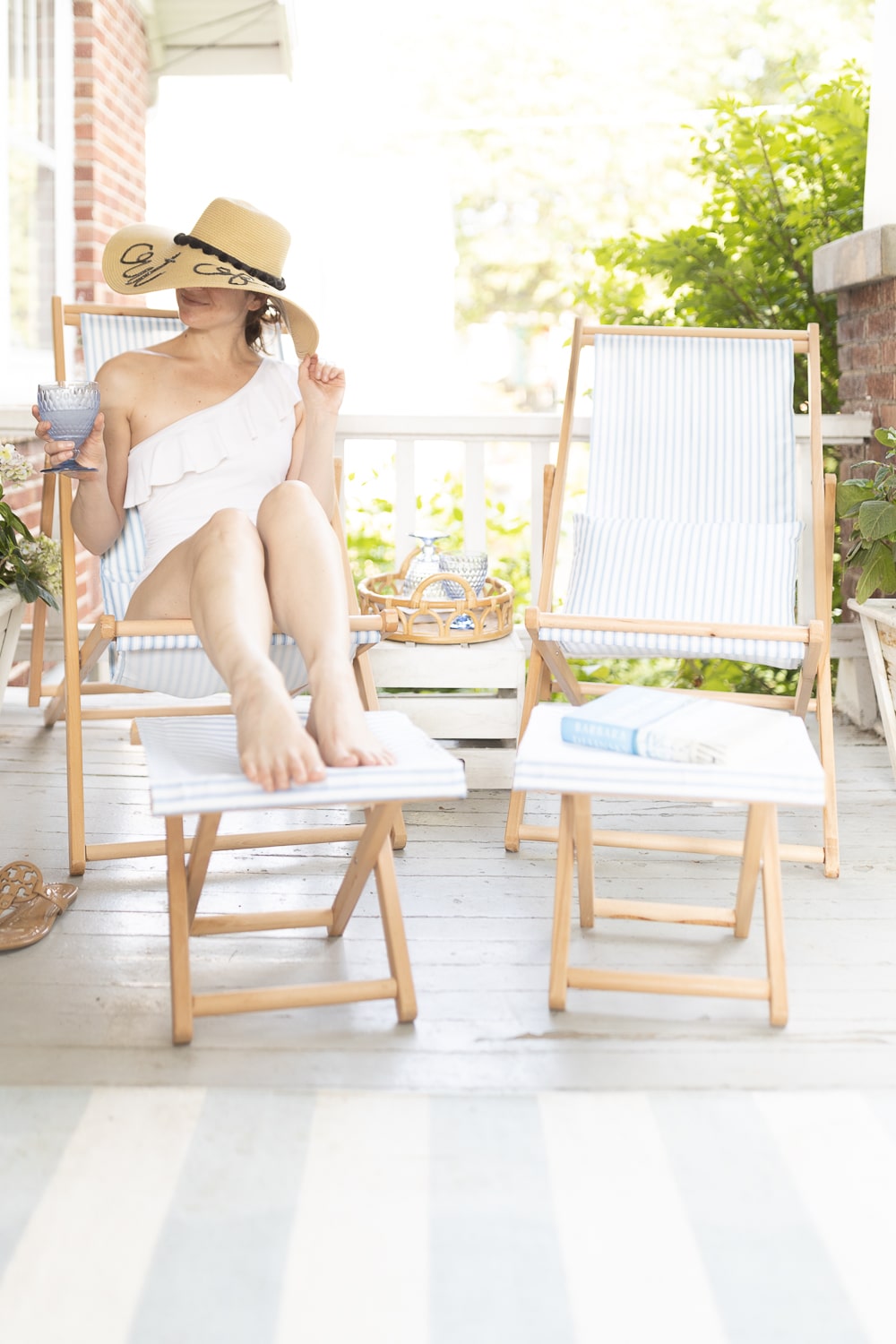 One of my best girlfriends has been raving about Brazilian waxes for years now. I was already at European Wax Center for a brow appointment, so I decided to schedule one before my wedding on a whim. My esthetician mentioned she’d already waxed six brides that week, so I figured I was in good company. On the way out, though, my esthetician casually mentioned that I couldn’t shave for two weeks (three would be better, she said, but I didn’t have the time). This prompted me to fall into a deep black hole of waxing research. I read all about what to do before a Brazilian wax and tips for first-time Brazilian warriors and, to be totally honest, it terrified me.

If you’re unfamiliar, a Brazilian wax essentially removes everything down there. As insane as it sounds, so many women swear by them and willingly get them done monthly. I told Kyle that there was a 5% chance I’d actually get it done, but after a certain point of not shaving, it was too late to go back… and I followed through with it. If you’re on the fence about booking a Brazilian wax or you’ve already scheduled one (and have no idea what to do before a waxing appointment), here are a few things to know–

Brazilian Wax Tips: What to Know Before Your First Appointment

I figured there’s no better way to do this than a classic Q&A style format. If I leave any questions/topics out, feel free to let me know in the comments!

Anyone who tells you that Brazilian waxes “aren’t that bad” is lying, at least for first-timers. I’ve since gone for my second (spoiler alert), and it hurt significantly less… although “significantly less” is still pretty bad. To cope, I pop two Ibuprofens beforehand to reduce inflammation, and I like to think that helps.

2. What hair gets removed exactly?

As a general rule, everything. You can choose to leave a strip in the front if you like, but other than that, it all goes.

If you don’t want everything removed (or if you change your mind after reading the next section), you may be more interested in a regular bikini wax. It’s essentially basic tidying that involves waxing the panty line and across the top to prevent any hairs from peeking out of your bikini bottom.

Yes, and there’s no real way around it either. The wax process starts by undressing from the waist down and butterflying your feet. It then progresses into curling up in a ball with your legs up, almost like a seated yoga inversion. So, yeah, it’s pretty awkward. I recommend finding an esthetician who makes you feel comfortable and then just swallowing your pride and accepting that they do at least a dozen waxes per day.

4. Are there any potential side effects?

Um, pain. Also, ingrown hairs, potential bruising, irritation bumps, redness, and swelling. There’s always a small risk that some pieces of skin may tear during the removal of the wax, too, which is why you should always go to a reputable esthetician. I personally go to European Wax Center because (1) they know what they’re doing and (2) they use a wax that’s made with beeswax and is designed to adhere to hair, not skin.

I was hoping Brazilian waxes last forever, but sadly they do not. Your hair will start to grow back after about two weeks, although it’ll be significantly thinner and finer. Why? Because waxing removes hair by the root. European Wax Center recommends that you get one every three(ish) weeks, but I’m going to stick to a once-a-month schedule.

6. What should you do before a Brazilian wax?

After speaking in detail with my esthetician (who basically gave me a “you’re a strong and capable woman” pep talk and told me I was over-thinking it), here are some things that may help reduce pain and discomfort–

7. What should you NOT do before a Brazilian wax?

Again, after speaking with my esthetician, here are some generally unanimous things to steer clear from–

8. Why do women even get Brazilian waxes?

As painful as they sound, there are benefits to Brazilian waxes. First of all, your hair grows back thinner and finer every time, so you’re less likely to get ingrown hairs. I’ve also heard (not verified) that hair can eventually stop growing back altogether after a while. Second, you don’t have to shave anymore. And third, there’s no real way to describe how good they make you feel afterward. The day after my first Brazilian wax I felt like my clothes fit better, I felt more confident in swimsuits, and I just felt good, especially since I hadn’t shaved for two weeks. The results lasted a good two weeks, too, so even though my appointment was a week before my wedding, I still felt pretty darn good on the big day.

9. Are you going to schedule another appointment?

I spoiled this earlier, but I already had my second appointment– and I’ve scheduled my third! Why? Because the results are pretty awesome. Also, I can’t emphasize enough how amazing it is to watch your hair grow back thinner and finer every time. Not only does it make it easier to let your hair grow out, but it also makes the waxing process hurt significantly less. Seriously, divide the pain of my first appointment by 5 and that’s how badly my second Brazilian wax hurt. If this trend continues, I’ll feel no pain at all after a few more appointments (at least that’s what I’m telling myself).

Phew— I feel like I just went through the emotional torture of my first Brazilian wax all over again. With that said, though, I know this topic is a little more taboo than I normally blog about, but I’m an open book if you have any questions. Feel free to leave a comment or shoot me an email whenever. Also, if you have any secret Brazilian wax tips for what to do before a Brazilian wax (or what not to do), I’d love to hear them!

How to Make Your Own Shower Steamers